“This horse had a 5 year history of being difficult for farriers. She was sedated routinely at farrier’s request. Using Cathie’s methods for groundwork we’ve now got a non-sedated, relaxed, patient horse. (Wonderful trimmer a bonus!) Marcie Freeman 5/6/2019 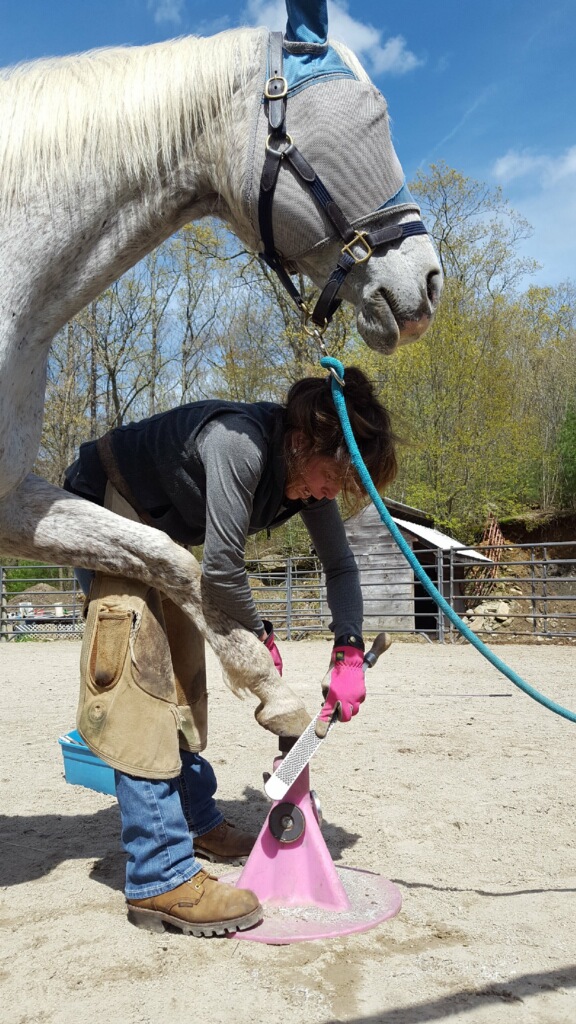 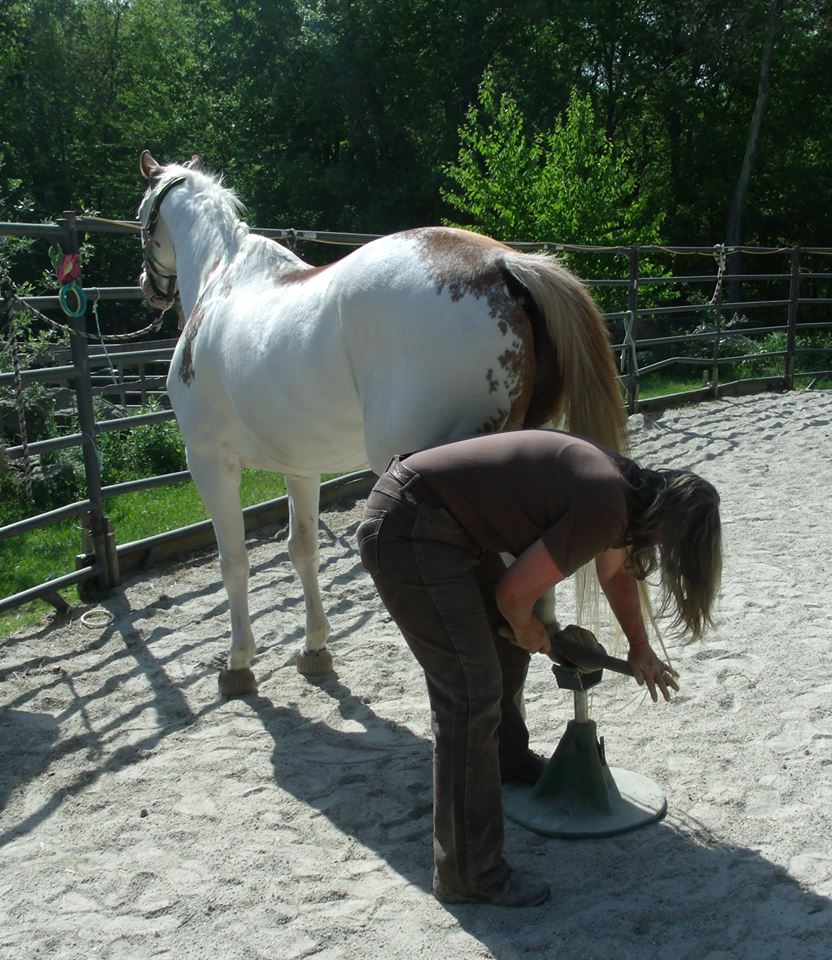 I brought my paint gelding Ben to see you a couple months ago about our issues with picking up his hind feet after a traumatic experience with a farrier. I can't thank you enough for giving me my horse back! When I brought Ben back home, he was still a bit nervous in the barn on the crossties where the 'incident' happened, but with patience and incorporating work in other areas like in his paddock, he has returned about 95% to his former calm, relaxed self. My farrier (not the one who beat him!) has been out twice since we saw you and he is dubbing you the 'witch doctor', in a good way! The most recent time he was out, he was able to give Ben a true, proper trim of his hind feet, for the first time in the nearly 2 years he has been working with us. Ben was better than the few times we had him tranquilized for trimming. I can now lift up all four feet again, pick them out, do whatever I need to do. He still has momentary relapses from time to time, but quickly gets over it. I'm beyond thrilled with the work that you did and have recommended you to every horse person I know. My only regret? Not coming out to see you sooner! Thank you, a million times Kim Stevenson 8/18/2015 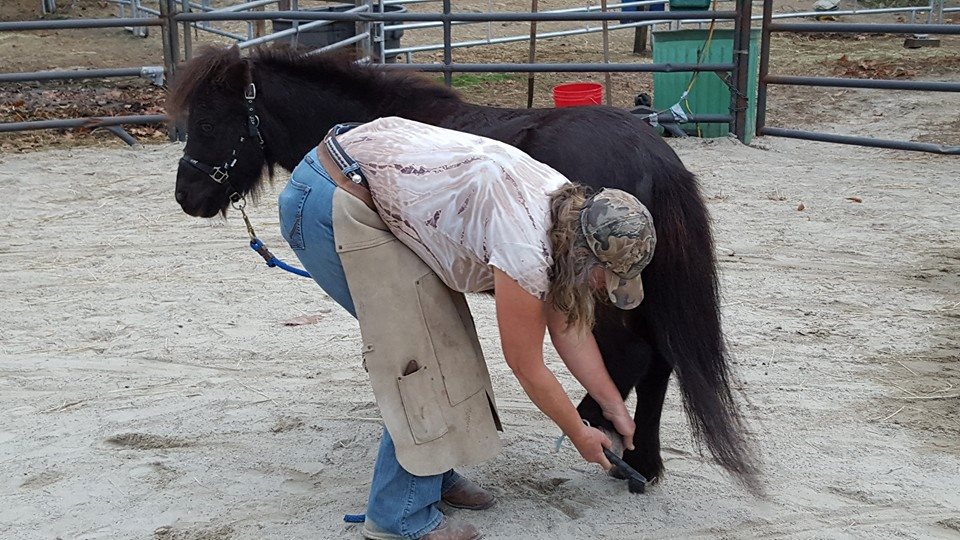 Many people have worked with my rescued mini horses over the courses of their lives. No one has made the connection nor earned their respect like Cathie Hatrick-Anderson. Cathie meets them where they are and moves them gently, but firmly to where they need to be. I have seen pure fear turn to trust and calm confidence in one session. I will continue to work with Cathie for their lifetime, as every lesson makes both them and me just a little bit happier. She really has shown a novice like me how to build a true relationship with my equine. She is amazing-fair, skilled and above all, caring. The best! MJ Ryan 12/26/2015 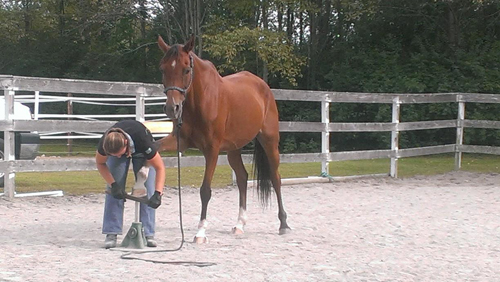 I highly recommend Cathie Hatrick Anderson of Bobcat Farm.  As a farrier I believe Cathie has the best skills to teach a horse to stand respectfully for me to complete my work to insure safety of farrier horse and owner.  I have worked not only on horses with hoof handling issues, but she has worked on 2 of my own personal horses.  I have hired her in the past for a problem loader and she opened my world up to how important it is to have clear leadership on the ground before a horse can trust to be loaded into a trailer.  My current horse is a rescue with an unknown past who has hoof handling issues.  I was able to get some good work on him myself, but after bringing him to one of Cathie's clinics I am able to ground tie him and handle his feet for trimming and shoeing.  Every time I run across a horse who can not stand still for being worked on, or the owner does not know what corrections to make, I suggest Cathie from the start.  Cathie had made my job easier with some very difficult horses and I am forever thankful and look forward to working with Cathie in the future!  My next goal with my own horse is to ride him in a Dr. Cook's Bitless bridle.  He has a very sensitive mouth and I think if anyone can successfully transition him from a traditional bridle it will be Cathie.  My horse is very sensitive but he loves how Cathie is clear, direct and sets him up for success right off the bat which is very important to me.  Thank you Cathie, Teddy and I will be seeing you this summer for sure ! Beth Lewis AF Equibalance FarrierServices, LLC www.Equibalancefarrier.com  1/14/2014 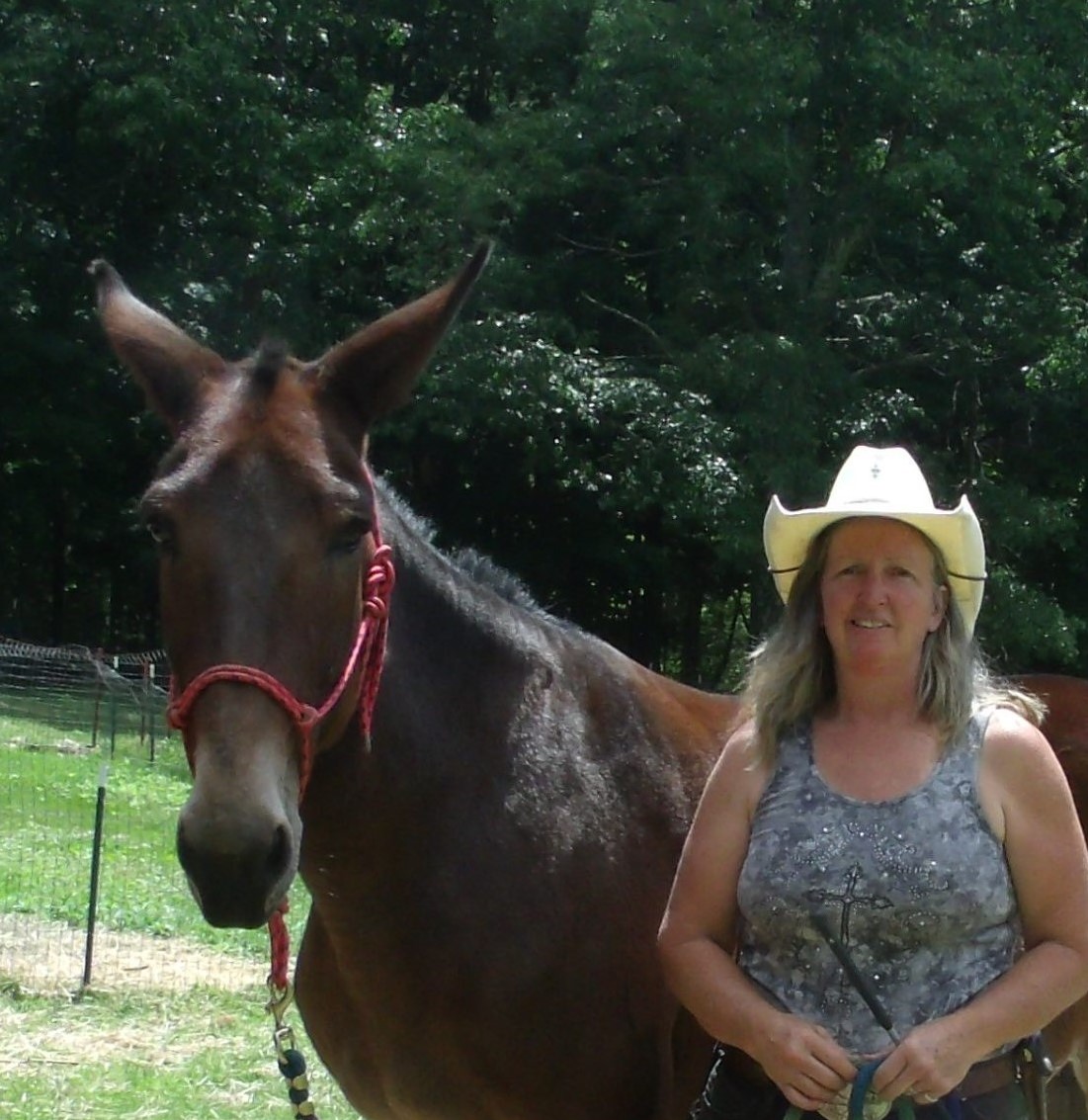 On June 24th Cathie came to our barn to help us with our new molly mule. She (my molly) ended up kicking my farrier and I was afraid that she needed to be returned to New York. However, in two short hours, Cathie was able to work with her and then with us together so that she would respect me as a leader. Today, I have been able to pass the information along to my 10-year old daughter and now she can control her. My molly is not perfect, but now we have the tools to keep working with her to make a better future. What a World of Difference and Peace of Mind for a Mom! Thank you. Brenda Prachniak 6/2015 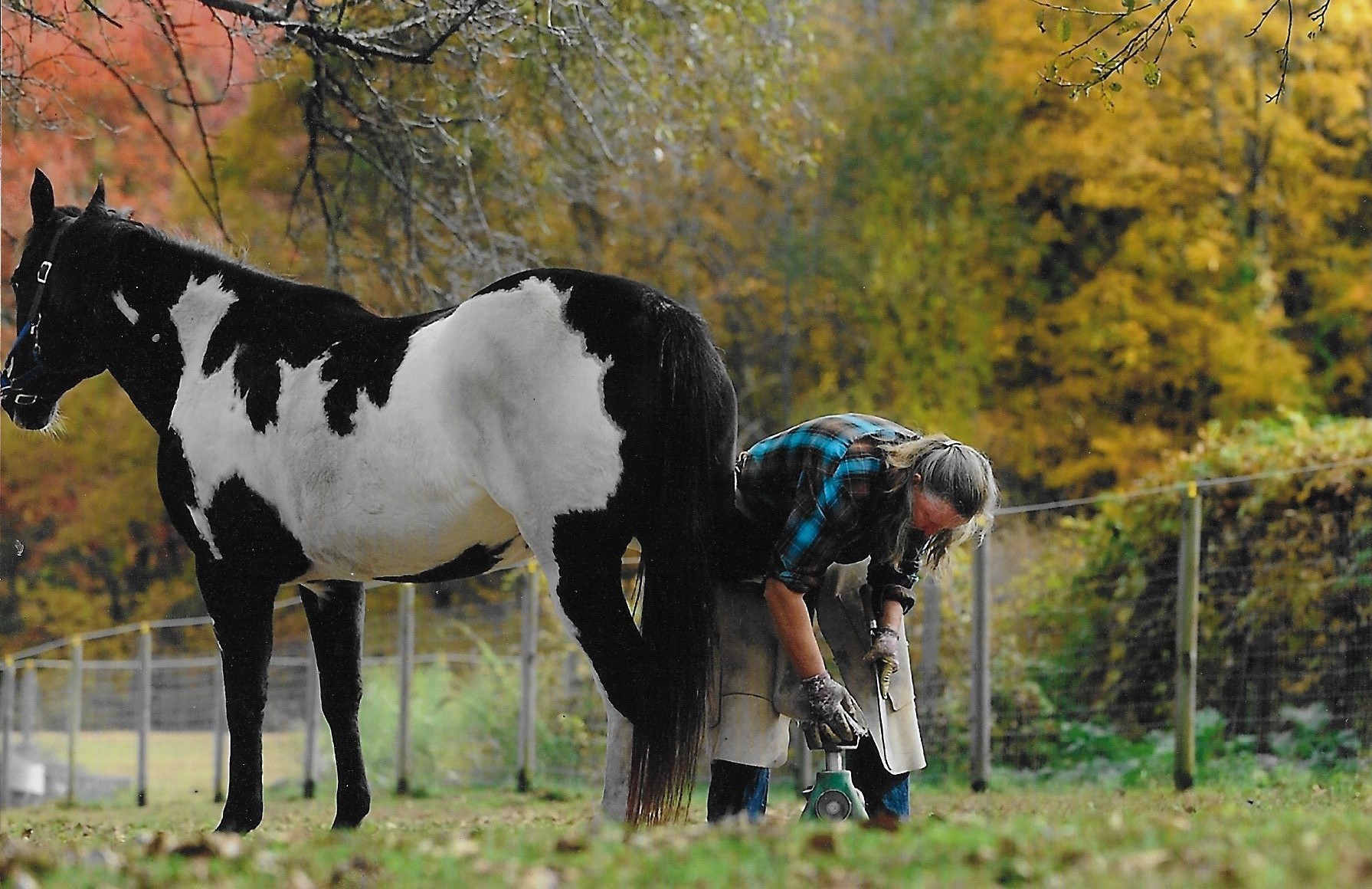 The Photo above is of me trimming my own horse. I'm not a a proffessional Farrier or barefoot trimmer, but I have been trimming my own horses for over ten years. I took several day long clinics as well as a weekend clinic with Pete Ramey. To follow up after Pete Ramey, I watched his series Under The Horse, several times.After that I hired a friend that was a farrier to get practical experience in using nippers as the barefoot trimming courses did not cover that. I watched him trim 3 hoofs and I would conservatively trim the last one, then have him finish it. I did this with several horses for a couple of trims. If you keep up on your trims you would never have to use nippers. But here in the real world sometimes I get behind, and nipping even just a little will save me a lot of rasping.  Years ago I helped a lady with foundered mini's I gained a lot of experience trmming those guys for quite some time. I knew I was doing a better job than the farriers before me as I was told the horses wouls be so sore for days and could hardly walk. One was so bad when I started she was down most of the day because her feet hurt. After a few trims, I was delighted to see her play hard to catch (she was not playing).  I took over trimming my mare when I could not get a farrier to show up to trim only two horses, the next one never got his nippers out when they needed a trim. (I thought hell, I could have done that, they needed more taken off), and the last one I tried took his hoof knife and cut in concavity with his hoof knife as he said my mare was flat footed. I knew the huge pieces of live sole the size of apple peelings I saw on the ground pared out was not right, my horse was sore after that treatment. My horses are both trimmed my me now. My 9 year old (Now 12) Ruger has had just one trimmer his entire life - me. (I had barefoot professional Sue Russell trim both of my horses once when my back was out. She does a great job and I reccommend her often).