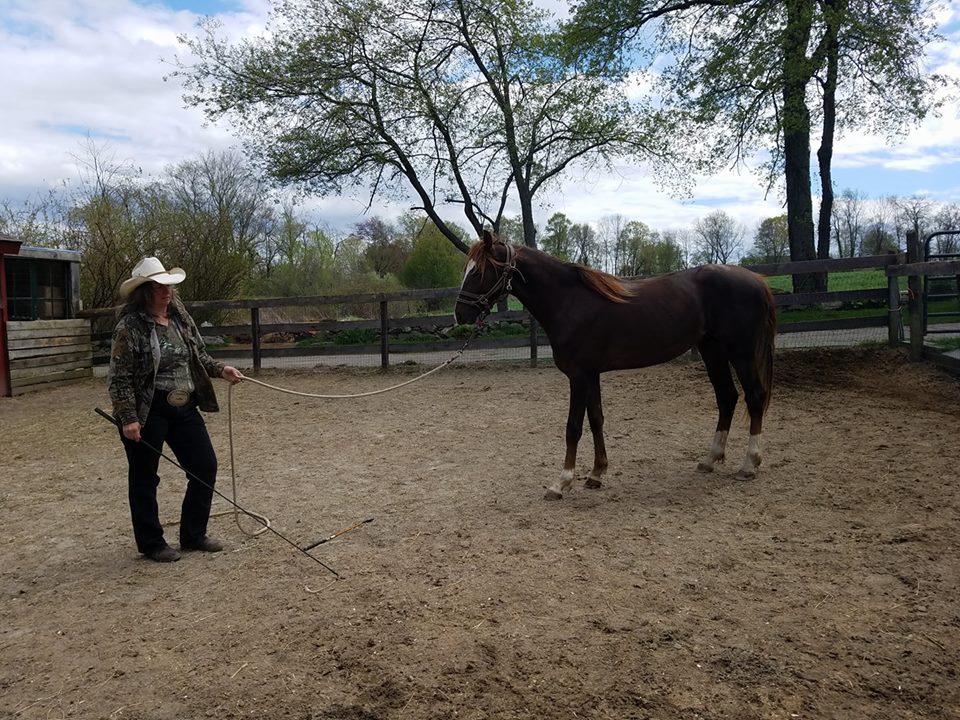 " So impressed with Cathie's horsemanship and professionalism. She not only taught my 2 year old stud colt some much needed manners, she also gave us the tools and techniques we need to continue the process. This is the second colt she helped us with and we wouldn't hesitate to have her out again! Cathie is the epitome of a horse woman. Thank you! Sarah Freudenthal 5/5/17 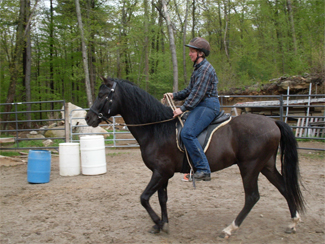 I sent my Andalusian stallion, Saben to Cathie to start him under-saddle. I had worked with her a few times prior to that and was very impressed. I have started my own horses in the past-but Cathie starts them all the time. I knew that she would be able to introduce him to a saddle/rider without any drama and that if he did anything silly she would handle it perfectly without him being scared, or learning bad habits. She is firm with discipline-but only as firm as she needs to be to get results. Saben could be a little timid at times, often slow to warm up to new people, but he LOVED working with Cathie. You could see that each day that he spent with her he became more and more confident. In fact she had the dog jumping up on his back within the 1st week (with my permission of course:) She also had him going through/over scary obstacles like a pro. She also did exactly what I asked her to do (unlike some trainers that have their own agenda). As he was young, I did not want him pressured so she just worked on helping him gain confidence under saddle and complete respect for his handler. She also worked on specific "issues" that we were having-teaching me a few techniques that worked beautifully. I just can't say enough positive things about her. I have been riding and raising foals for almost 40 years, and I am very picky about who handles my horses. I had complete confidence that Cathie would give him the absolute best start under saddle without him being pressured or scared. He came back an absolute dream. Thanks Cathie!

"My husband and I hired Cathie to help us with our recently acquired un-socialized, 2,000 lb, 6 yr old Suffolk Punch stallion. When we bought him he was almost impossible to lead and had no respect for his handler. With his size he was easily able to pull away and was unsafe to work around. With only 2 -3 sessions we were able to lead him in-hand reliably, and he was ground driving under harness. Here's a photo of me riding him bareback using a rope halter. He is respectful, stands at liberty for grooming and the farrier. Our vet says she can't believe the difference."

Mac can now be retrieved from a 3 acre paddock with a call, even when he can see the mares across the way. Cathie taught us as much as she taught him."